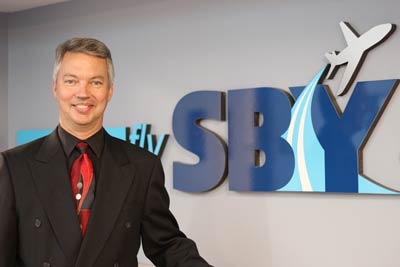 Tony Rudy is the Airport Manager at the Salisbury Regional Airport (SBY) in Maryland and has held this position since June 2020. He was Assistant Airport Manager at SBY for a year immediately prior to this appointment. Tony began his airport management career at the Binghamton Regional Airport in upstate New York in May, 1992, as an Airport Operations Specialist with ARFF, EMT, and Alternate Airport Security Coordinator duties. He served as an Airport Operations Officer and as an assistant to the Deputy Airport Director, Operations, at John Wayne Airport, Orange County, CA from 1996 until 2000.

Tony then served as the Assistant Airport Manager for the Ithaca Tompkins Regional Airport in Ithaca, NY from January 2000 until November 2016. He then moved on to be the Director of Operations for the Elmira Corning Regional Airport in NY from November, 2016 until January 2019. He has been significantly involved with disaster preparedness, emergency management, airport security, and airport construction projects throughout his career. Tony earned BS in Aviation Management/Flight Operations from Daniel Webster College in Nashua, NH in 1990. He attained his Private Pilot Certificate in 1986. 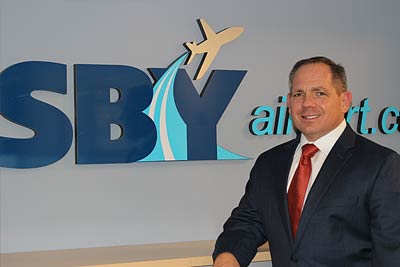 Chris Davidson is the Assistant Airport and Business Development Manager at the Salisbury Regional Airport (SBY). Chris hails from Nashville, TN where he grew up before joining the Marine Corps in 1993, becoming an expert in F-18 weapons systems and deploying to Bosnia, Southwest Asia, and Japan. After his transfer to San Diego, CA he attained his BS in Professional Aeronautics and Aviation Safety from Embry-Riddle Aeronautical University, was licensed as a fixed-wing pilot, and completed initial civilian helicopter training.

In 2001, Chris was selected to attend Marine Corps Officer Commissioning School and subsequently flew AH-1W Cobra helicopters. During his time as a pilot, Chris was also charged with a litany of different responsibilities at the squadron and on the airfield. After nearly two years of cumulated time in Iraq, nearly 1,000 combat flight hours, and thousands of training hours he was selected to serve at Headquarters Marine Corps as the Aviation Officer Inventory Planner and finished out his 22 year career as the Aviation Training Officer for the Marine Corps. Upon his retirement he returned up to Nashville, TN where we worked with a drone startup company before settling into his ultimate career in airport leadership. In 2017 assumed the helm of Music City Executive Airport, where he remained until coming to SBY in August of 2020.